Minnesota NOW is thrilled to welcome Katie Stack to our 40th anniversary conference. 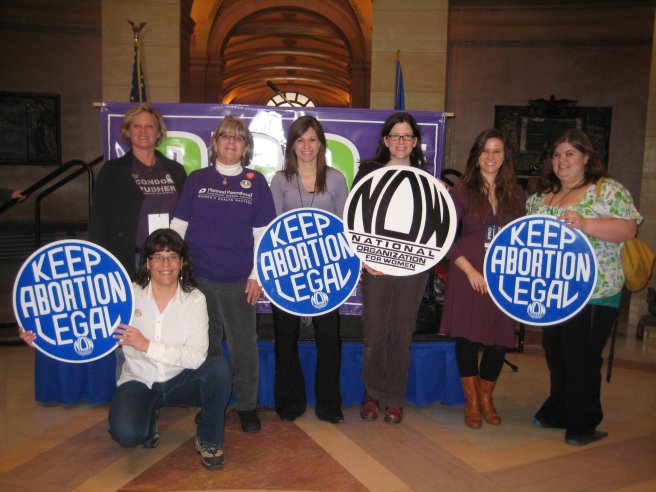 Katie Stack is a graduate student in Gender & Women’s Studies who is a vocal supporter of reproductive freedom.  In December 2010, she appeared on the MTV documentary “No Easy Decision” and spoke with Dr. Drew Pinsky about choosing abortion when confronted with an unintended pregnancy.  The special was created in part to respond to MTV’s hit programs “16 & Pregnant” and “Teen Mom.”  As Pinsky says in his introduction to his interview, “having an abortion is not uncommon–but talking about it publicly really is.”

Since appearing on the program, Stack has remained a public voice for abortion rights.  Her blog, http://katiestack.com/, is popular with both pro-choice activists and anti-abortion folks, the latter arriving in droves with the intention of shaming Stack for being truthful about her experiences–but Stack’s ready for them, with wisdom that belies her young age.  As she wrote:

“…..abortion is deeply personal, but not necessarily because of the act of abortion itself. For me, the fear and confusion that I felt about the procedure, and the silence that followed, had nothing to do with the act of abortion. It had everything to do with the stigma associated with women who chose to abort. I was well aware that by making this decision I would come to embody a very violent political and social debate. Who wouldn’t be apprehensive about that?”

On March 28, 2011, Stack was awarded the Jan Yanehiro Speak Out for Choice Award from NARAL Pro-Choice America.  Her remarks from the awards ceremony can be viewed below.

Minnesota NOW members and friends are excited to hear from Katie Stack about how we call can Move Equality Forward!

Author of "The Radical Housewife" View all posts by Shannon Drury